At 6.35pm, on Wednesday 31st October 1917, Harry Crook was busy at his work. As the gathering autumn gloom began to surround him, he maybe had time to think of resting his weary bones. His journey had after all, been a long one.

The Princess Patricia’s had gone over the top 36 hours earlier, and had slowly and bravely advanced a few yards along Bellevue Spur towards Meetcheele. Time was coming for their relief.

To their front was Passchendaele.

A crumbling ruin, the few remains of the village held within its broken walls the fires of hell; spitting forth from German machine guns, and bearing down upon the once benign valley of the Ravebeek stream.

A day and a half earlier, the Canadian 3rd Division had begun the unenviable task of assaulting the slope on the left flank of the Ravebeek and Passchendaele itself. The 3rd battle of Ypres had been grinding forwards for 3 months. What had been the 1st Battle of Passchendaele had commenced on October 12th, and with a tactical pause, now reached the foot of that muddy slope that may as well have been Everest. 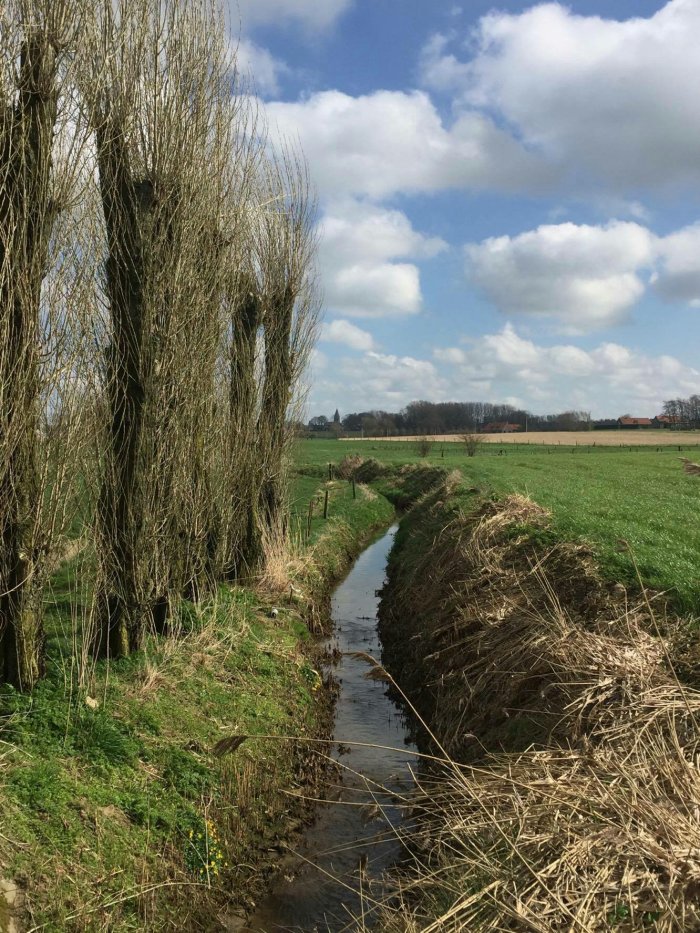 The current phase, the 2nd Battle of Passchendaele, was already 4 days old when the Princess Patricia’s reached their jumping off point in ‘Dad’ trench.

Harry was a Sergeant signaller. He was positioned in the Advanced Battalion Report Centre in front of Bellevue; the ruin of a captured German pill-box, immediately behind the advance. The battalion diary gives his exact map position as 28.D.5.c.90.95. His job was operating the field telephone system and Lucas Lamps, sending messages back and forth to battalion HQ at Waterloo Farm. He would have known, to the letter, every last detail of the price his division had paid in gaining that sodden ground.

The Princess Patricia’s jumped off 600 strong, with 28 officers, under the cover of an enfilade barrage, at 5.50am on 30th October. Harry had gone forward to his position after 4am with Major H W Niven to establish the advanced report station. The plan was to advance 50 yards every four minutes. Progress was steady but difficult in the mud and smoke. The morass had made it troublesome for artillery to position itself to provide accurate protection. Every inch gained was across the exposed slope below their objective, and those in the area of the Ravebeek struggled to maintain the pace of those on the flanks.

Passchendaele, from near the Princess Patricia’s jumping off point

Harrys journey to that muddy shell hole had been, however, much longer than that of the Princess Patricia’s.

Harry was born in East Harling in October 1890. By October 1907 he had joined the Royal Garrison Artillery as a boy soldier, and by 1911 was in India. By 1913 he was in Saskatchewan, Canada, following his younger brother Sidney as a pioneer Homesteader.

In August 1914 his world turned again. Harry answered the call of King and Empire and enlisted as one of the ‘originals’ at Ottowa. His brother Sidney would enlist in Saskatchewan in the December.

As an experienced soldier Harry found himself in the Princess Patricia’s Canadian Light Infantry, the last privately raised Regiment of the British Empire. After training in Canada and on Salisbury Plain they were ready. He embarked for France from Southampton on December 20th 1914.

2nd Passchendaele was just the latest adventure of Harrys war. In March 1915, he was shot and wounded in the right shoulder at the freezing swamp that was St Eloi, as the Germans sprung a surprise attack, just a few weeks after the Canadians had entered the war in Flanders. Wounded in the same event was Lt HW Niven, who he would serve under throughout the war. He recovered by May and fought through to be back in the lines for the prelude to the Somme offensive and the battle of Mount Sorrell in June 1916. The German army had been trying to divert allied resources away from the Somme by attacking the Canadian front on the southern Ypres salient.

During this intense engagement, Harrys regiment had been withdrawn from the trenches at Sanctuary Wood on 4th June, just before brother Sidney was mortally wounded on June 6th, fighting with the 5th Canadian Infantry in front of Hill 60 near Ypres.

It was then on to the Somme killing fields of Fabeck Graben and Regina Trench near Courcelette in September and October of that year.

It’s not known when he became aware of the death of his younger brother just a short distance away, but we still have the service pocket watch that belonged to Sid, and came to my grandfather Frank via Harry. What is known is that by that August, his mother Mary had informed the army that another younger brother, Walter, was in fact under age. Walter was discharged on her request from the Lincolnshire Regiment to the reserve, and would have to wait until he was of age before following his brothers. Mary’s war is a story in itself. Having already lost one son, she would eventually lose three sons to war. 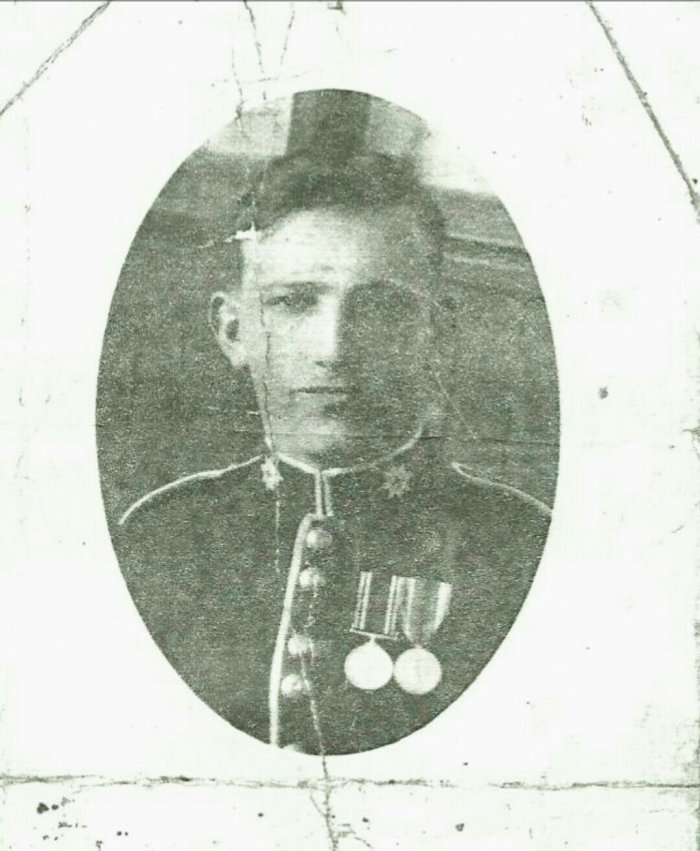 Harry was the second son, twenty years older than the youngest child, my grandfather Frank. It’s unclear how well he knew Frank, but of 5 brothers who served, Sidney, Herbert and Frank all fell across both world wars. Mary and her family lived at Overa Cottages at Eccles, next to the railway line. A lovely tale is that when the boys came home on leave, they’d throw their kitbags off the train as it passed the cottage before getting off at Eccles Road and walking the couple of miles home. I can only imagine how her heart skipped a beat as her lads, back from Canada to fight a war, announced their arrival with a shout as their bags landed with a thump.

Harry fought on through Canadas then finest hour at Vimy Ridge, in April 1917, promoted to Corporal just two days before the attack, and now found himself on the last day of October at the very front line of the seemingly final desperate push to turn the fortunes of the war.

Passchendaele, from near Bellevue

From his vantage point at Bellevue, his only protection to the front was the rise in the ground to Meetcheele where the road crosses towards Passchendaele. It was here the previous morning that fellow Sergeant George Mullin claimed his VC by single handedly storming an enemy machine gun bunker.

“10-30 a.m. Sgt Mullin, Scout Sergeant, returns from Front Line and reports Battalion to have captured Pill Box on crest of the highest ground on our front and to be consolidating on enemy’s side of the crest, just in front and along road running through MATCHEELE. Strength of Battalion estimated at 225.

To Harrys right was the 4th Canadian Division and the almost flooded valley of the Ravebeek, and beyond at eye level, the ridge of Passchendaele village, and the hornets nest of Crest Farm. The flank beyond the valley became the ground on which the massed graves of Tyne Cot cemetery now stand.

Today you can stand at the Crest Farm memorial and survey the Canadian Corps positions from this elevated site. The memorial is to more than 16000 Canadian casualties, with over 4000 dead in the Passchendaele assault. Impressively, the Victoria Cross was issued to 9 Canadians in those few days. 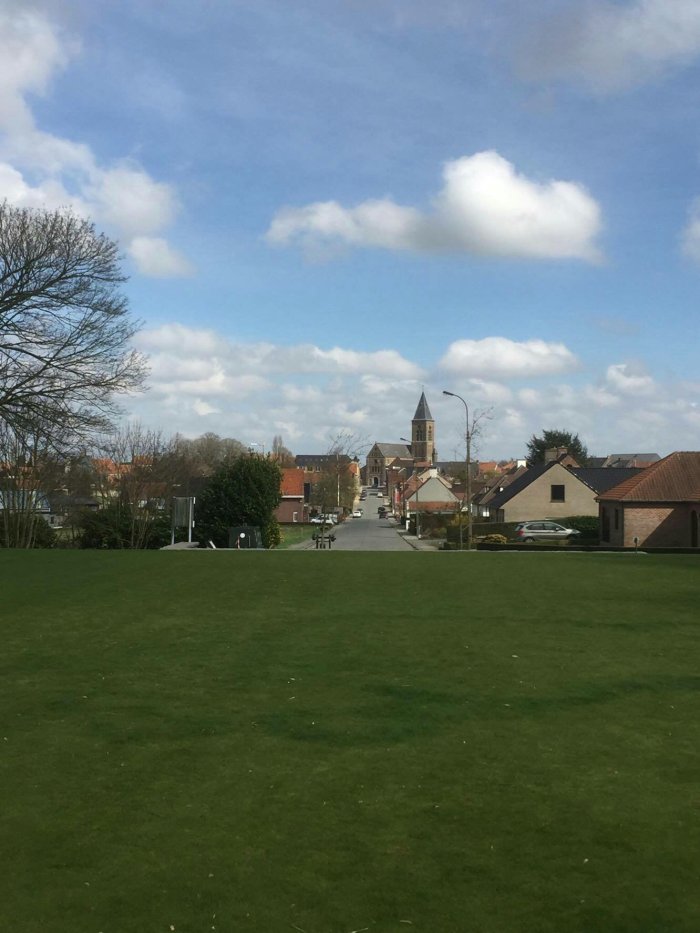 Looking down from his position, Harry had a grandstand view of the killing field that was the infamous Passchendaele mud. Unseasonably heavy rain had dogged 3rd Ypres, and by the time Canada’s youth had reached the foot of the valley, the war-made swamp had swallowed untold numbers of men, horses and machinery.

Bellevue Spur, on the horizon

Who knows what Harry thought of the scene. It may have seemed to him that the very outcome of the war depended upon those Canadians clinging onto that spine of high ground in front of Passchendaele. He may have realised the advantage was turning in their favour.

They had hard earned their ground over the previous day and a half, and he probably didn’t realise it would take another ten days before Passchendaele finally fell. 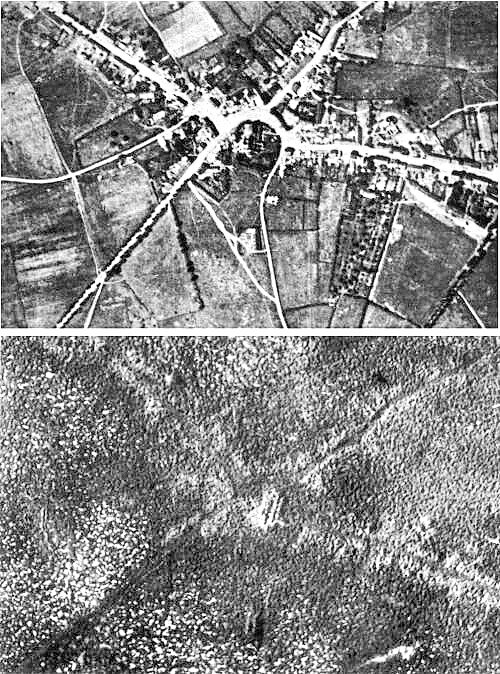 Passchendaele, before and after

By the afternoon of 31st October, the field was almost clear of the casualties and dead that could be located. Positions were being consolidated and preparations were being made for the Princess Patricia’s to be relieved by midnight. Canada had carved its name in history and exhausted men risked thoughts of warm beds and relative safety behind the lines.

At 6.35pm on that darkening October evening, a shell scored a direct hit on Harrys position and his war was over.

“7.15 p.m. Lamp Signal communication maintained throughout whole operation until 6-35 p.m. when Sergt Crook, operating the Station at Advanced Battalion Report Centre was wounded, and Station blown up. New station erected at once and signal communication organised and maintained until completion of relief.”

By the time the Princess Patricia’s withdrew, their casualty figures were:

On the regiments return to Ottawa on March 19th 1919, there were reportedly 38 still serving with the PPCLI who had made it through. Of the 1,100 officers and men who were deemed “The Originals’, 837 were casualties. Of the 5086 who served, 4,076 were casualties.

Sixty-three officers and 1,237 men were killed, died of wounds/ disease, or were missing in action. More than half, six hundred and fifty-three had no known grave following the Great War.

100 years have passed since the moment when a German shell struck Harry’s post. ‘Shrapnel Wounds Multiple’ to his back, both arms and left thigh, along with ‘shell concussion’ and damaged hearing were his final reward. He sailed for home almost 3 years to the day he’d left Montreal – almost 35 months at the front.

Despite his wounds, Harry lived until 1970, dying in Vancouver aged 80. He never returned to the front. I have never met him, and have no picture of him. He never married.

On 23rd February 1918, Harry was awarded the Military Medal ‘For Bravery in the Field’ and his actions at Passchendaele.

Whatever drove a farm boy from Harling to be a soldier or a pioneer in Canada we will never get the chance to ask. All we know is that he and his brothers did something remarkable.

Passchendaele 100 has been in the news for a reason in 2017. The reason is that ordinary men, like Harry and his brothers, did extraordinary things and paid the ultimate price. The least we can do is remember Sgt 1649 Harry Crook and all those like him 100 years on. 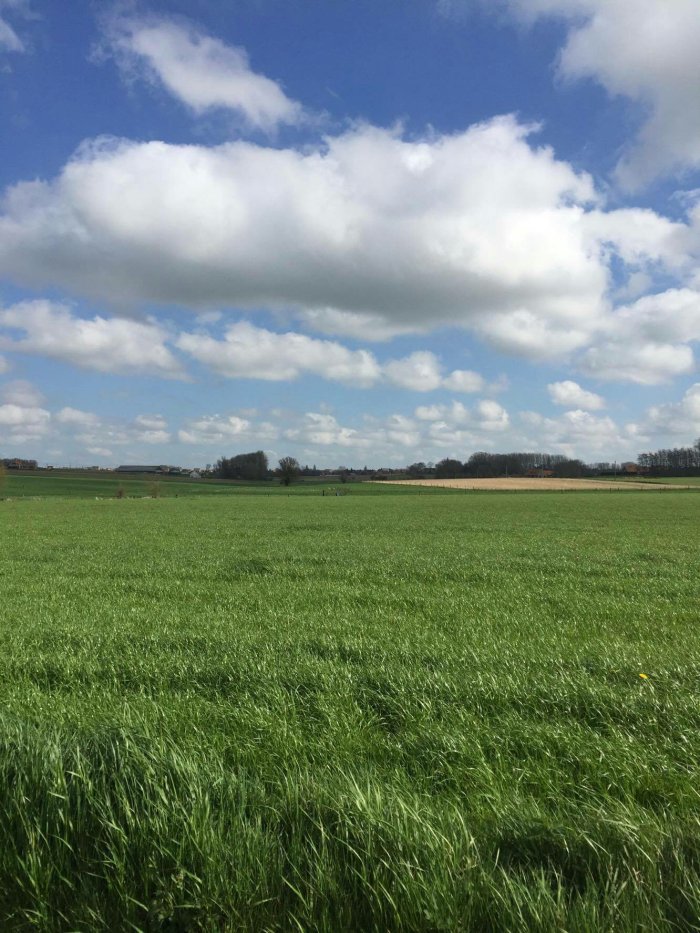 This blog was a last minute decision as the 100th anniversary of Harrys action came close. The discovery of his involvement is recent to my family history, and comes from a loosely planned walking tour of the battlefield in March 2017.

Detail is with thanks to Canadian Veterans Affairs and their invaluable resource of soldiers records. Of equal value was the companionship and enthusiasm of good friend Paul Durham, whose photography skills rescued me from failed technology….

What began with an interest in the wartime adventures of great grandfathers and great uncles became a journey across the old British Empire. Maybe more than just one blog? View all posts by Farmboys & Pioneers